Skip to main content
This is documentation for Function Mesh 0.8.0, which is no longer actively maintained.
For up-to-date documentation, see the latest version (0.10.0).
Version: 0.8.0

Pulsar Functions are lightweight compute processes that can perform the following operations:

Pulsar Functions are computing infrastructure of Pulsar messaging system. With Pulsar Functions, you can create complex processing logic without deploying a separate neighboring system, such as Apache Storm, Apache Heron, or Apache Flink.

Pulsar Functions can be described as Lambda-style functions that are specifically designed to use Pulsar as a message bus.

Pulsar Functions provide a wide range of functionality, and the core programming model is simple. Functions receive messages from one or more input topics. After a message is received, the function completes the following tasks. 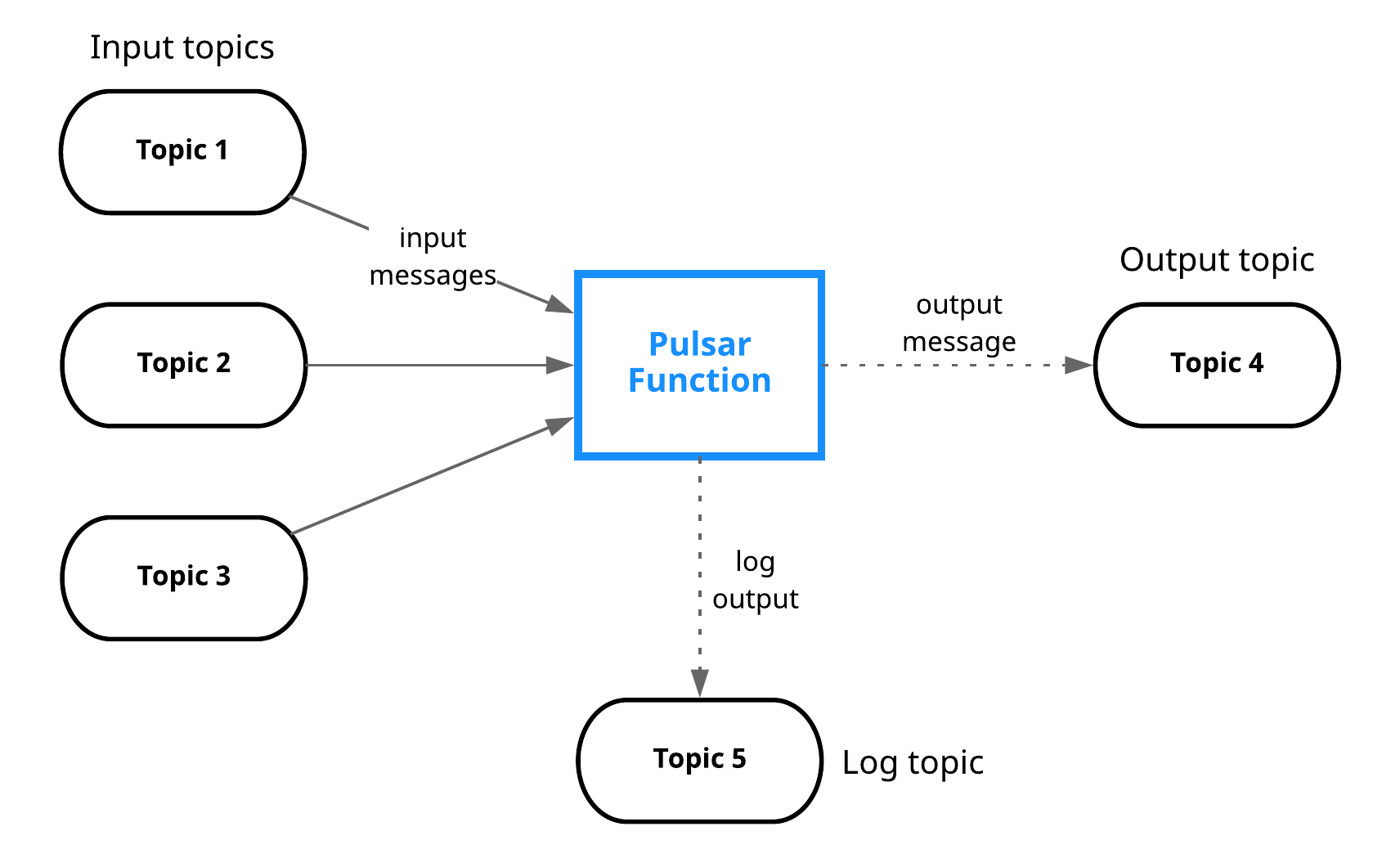 Pulsar Functions provide three different messaging semantics that you can apply to any function.

Currently, you can write Pulsar Functions in Java, Python, and Go. For details, refer to functions examples.

A stateful function is a type of Pulsar function that uses the Apache BookKeeper table service to store the state for functions. States are key-value pairs, where the key is a string and the value is arbitrary binary data. Keys are mapped to an individual Pulsar function and shared between instances of that function.

Stateful functions expose the APIs that simplify the building of distributed stateful stream processing applications. They bring together the benefits of Pulsar functions - the lightweight compute processing engine, and a distributed and managed state store, to support concurrency, scaling, and resiliency.

You can access states within Pulsar Java functions using the following calls on the context object:

You can access states within Pulsar Python functions using the following calls on the context object:

Stateful functions are not available in the Go programming language.

Currently, window functions are only available in Java and do not support MANUAL and Effectively-once delivery semantics.

A window function is a function that performs computation across a window, which is a finite subset of the event stream, as illustrated below.

There are two common attributes used to define windows:

Both of these policies are driven by either time or the quantity of data in a window. Although there are a variety of windowing techniques, the most prominent ones used in practice are tumbling windows and sliding windows. For details, see Types of window.